Before you can use one or both machines, you need to unlock them by holding your ID card (or tag) against the node on the frontside of the box.If you have permission to use one or both machines, one or both red LEDs on the top of the box will light up for about 60 s. As long as one or both red LEDs are lit, you can turn on the Abene and / or the grinder in the normal way. The left red LED is used for the grinder, the right one is used for the Abene. The green LED at the bottom of the box indicates the status of the node and the connection to the network. 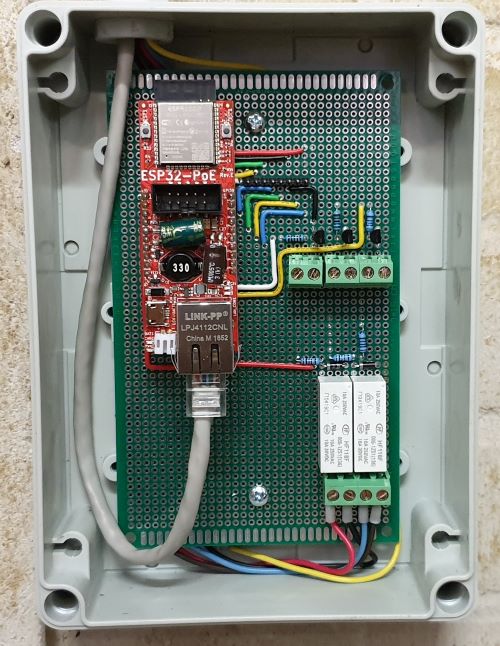 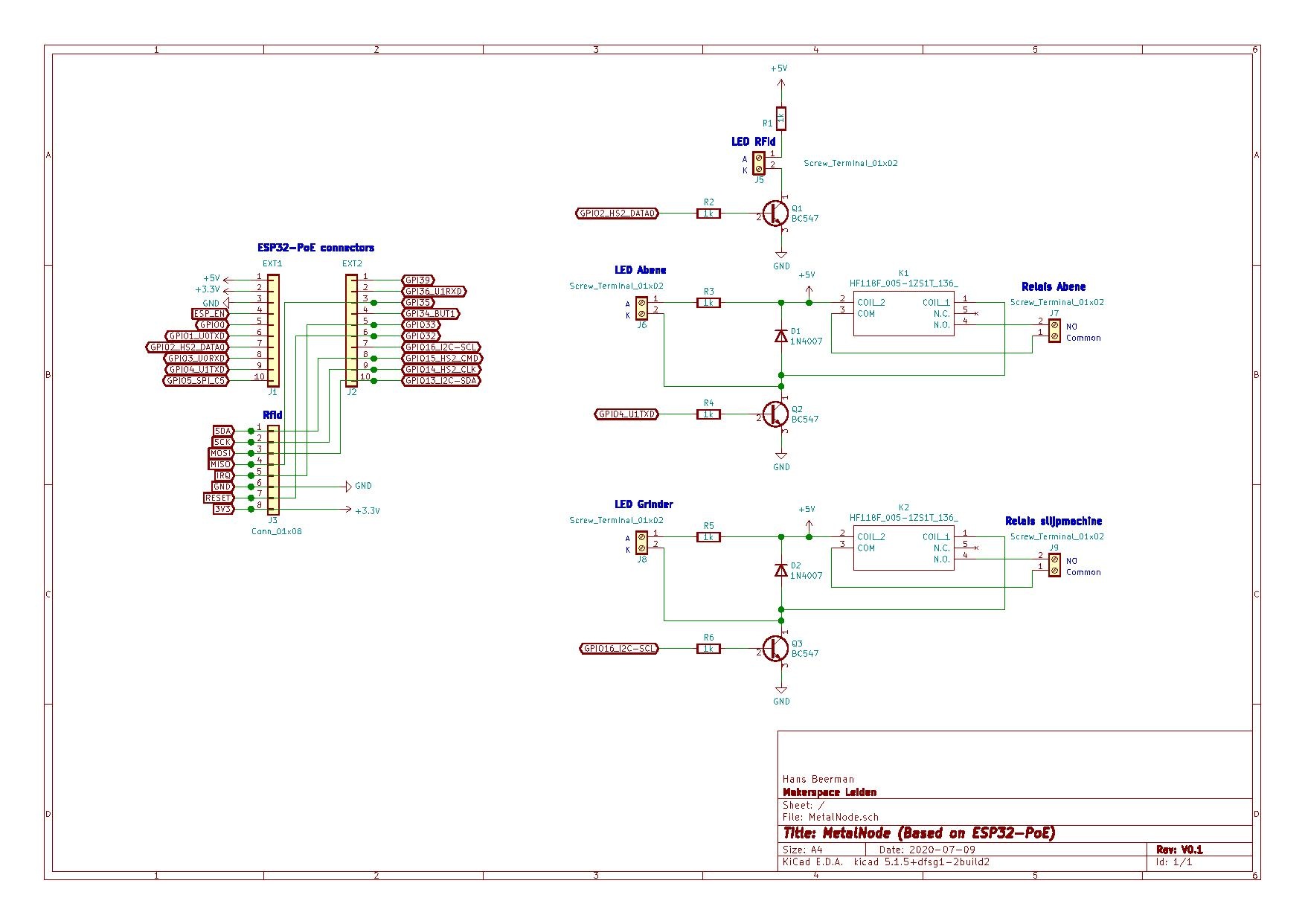 The design of the NodeMetal can be found [here]

On the right, overview of the components used for the NodeMetal: 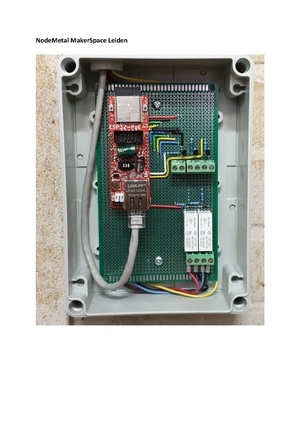 The PCB in the KiCad design is not meant to be used for a real printed circuit board, but is added to be used as a guideline for making the print by hand on a prefab PCB for experimental use.

The source code for the NodeMetal can be found [here]